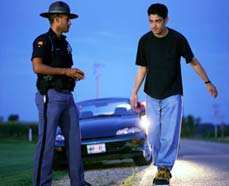 These are just some of the things a person can expect when they are convicted of drunk driving, DUI (driving under the influence), DWI (driving while intoxicated).

Is it really worth the risk? Well the simple answer is NO - NEVER!!

If you drink alcohol, get behind the wheel of a car and then drive, not only are you putting yourself at risk, you are putting other road users at risk.

Chances are though, if you are reading this now, you or someone you know have already been charged with, convicted of or affected by drunk driving.

Drinkdriving.org provides comprehensive information on each States drunk driving laws as well as each States SR22 insurance requirements and a directory of DUI lawyers so a drunk driving attorney can easily be located in your State & City.

You can also get a FREE lawyer consultation & case evaluation with a local DUI attorney in your city if you have been charged with an alcohol related driving offence.